This blog was created by Two Time Humanitarian Award winner Wolfgang Busch.
He is sharing with the public what "Corporate Welfare" looks like and to what extend the

will go to pimp disenfranchised communities, intimidate and abuse them for personal financial gain. 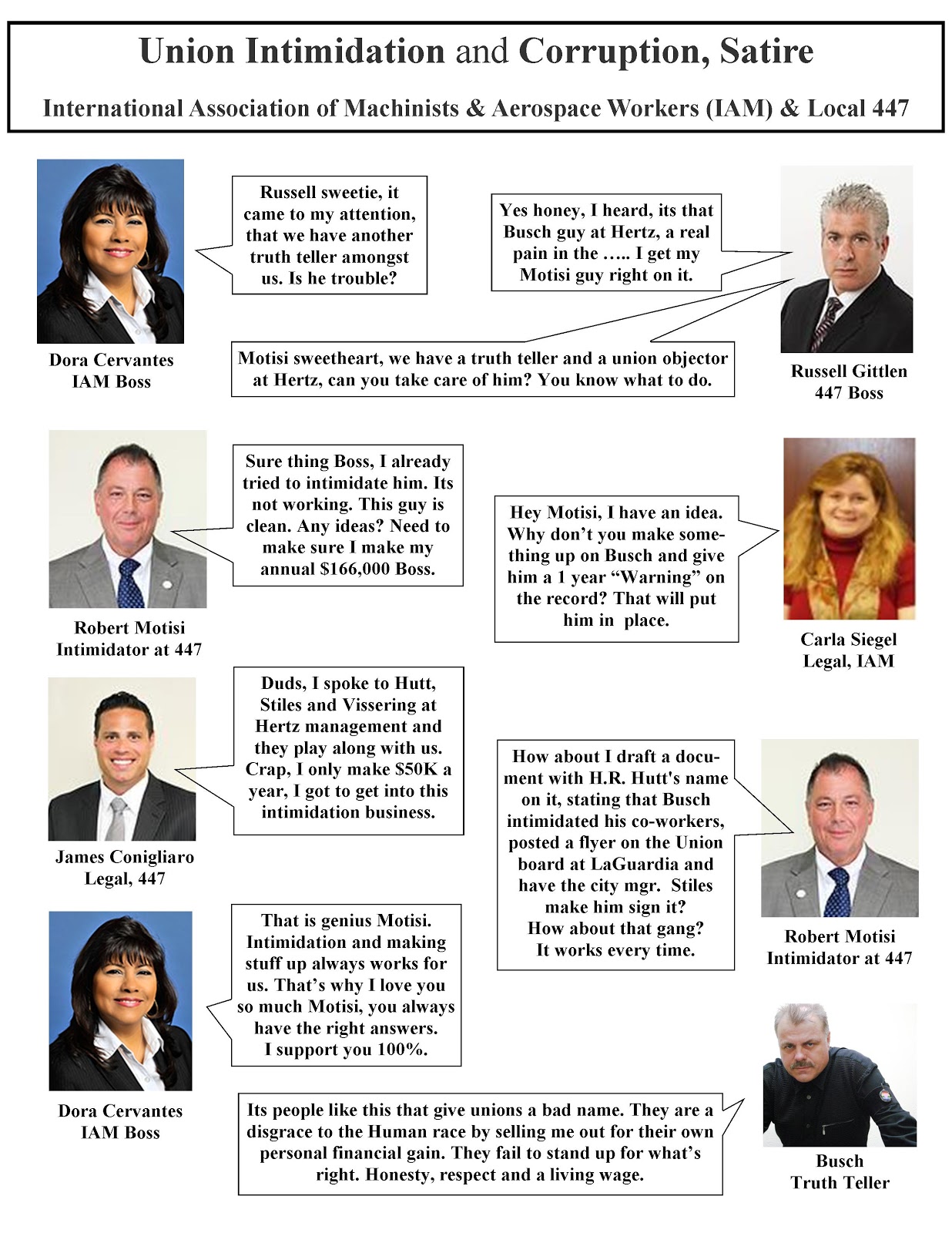 The below document was read to me on my lunch break by city manager Jason Stiles that was drafted by the 447 union.

They are accusing me of
1) posting a flyer on the Union Board
2) I intimidated co-workers
3) Solicitation.
I provided Work and Union related information on my off time to my co-workers, who requested this information from me, because the corporation, union and shop steward failed to do so. I did this on my time and spend my money on photo copies to support, educate and helped out my co-workers.

The Shop Steward, the union and the corporation failed to educate the workers on their rights to choose if they want to be union objectors. Paying employees $9 minimum wage, naturally the employees feel that paying $46 a month of union dues is not justified. Under the new agreement, we make less money now, than under the old agreement. They raised the wages on the front end and they took it all away on the back end by raising fees.

When I asked Jason Stiles who is behind this, he told me "The other side" I asked him again, is the 447 union, district 15 in Brooklyn behind all this, his answer was, YES.

Below are the Accusations by the 447 Union, district 15 in Brooklyn, NY.

The Union and the Corporation thought I would be stupid enough to sign this document and admit to the scam they have planted against me. 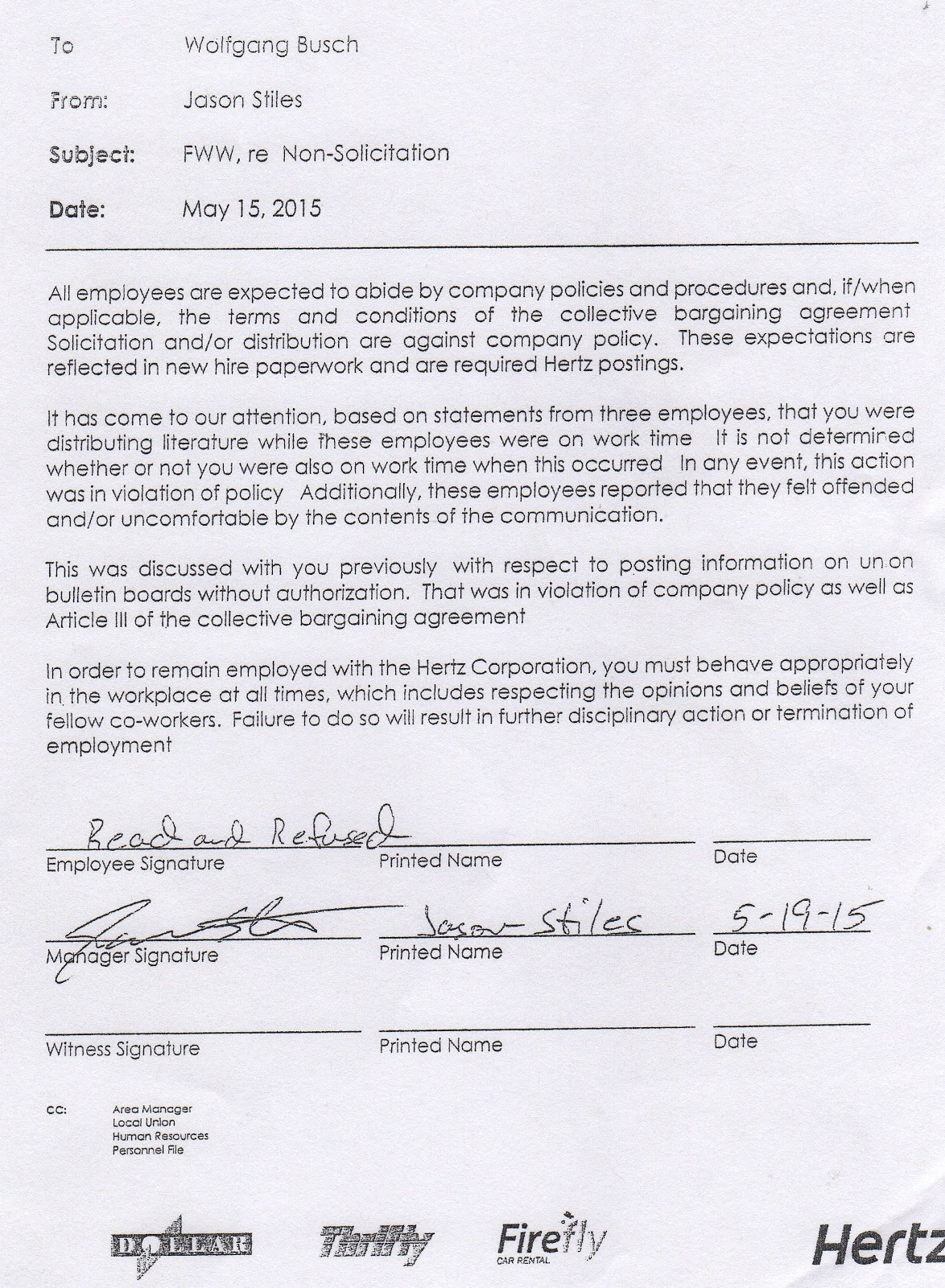 Because I rejected to sign this document full of lies, Stiles asked me to give him a written response,
see below.
Stiles couldn't answer any of my questions, nor did he show me any documents to a) explain to me how I got this "Warning" and b) to back up the accusations.

I was asking to show proof of the accusations by providing the documents. 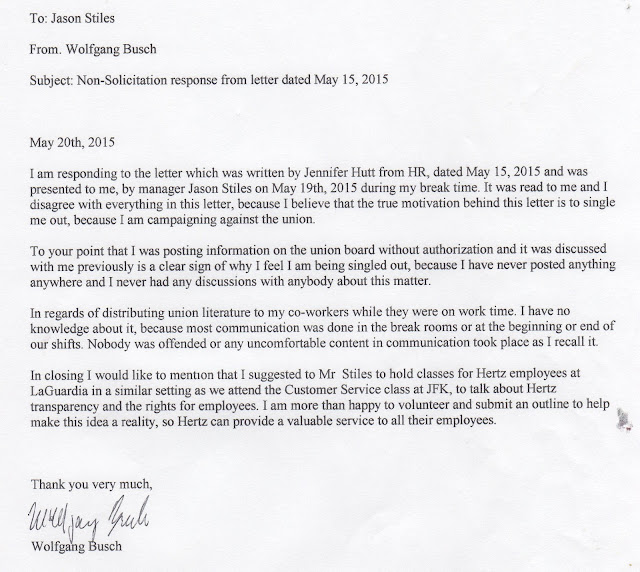 To this day I have not received the requested documents from Hertz corporation, the local 447 union or from the International Association of Machinists and Aerospace union. 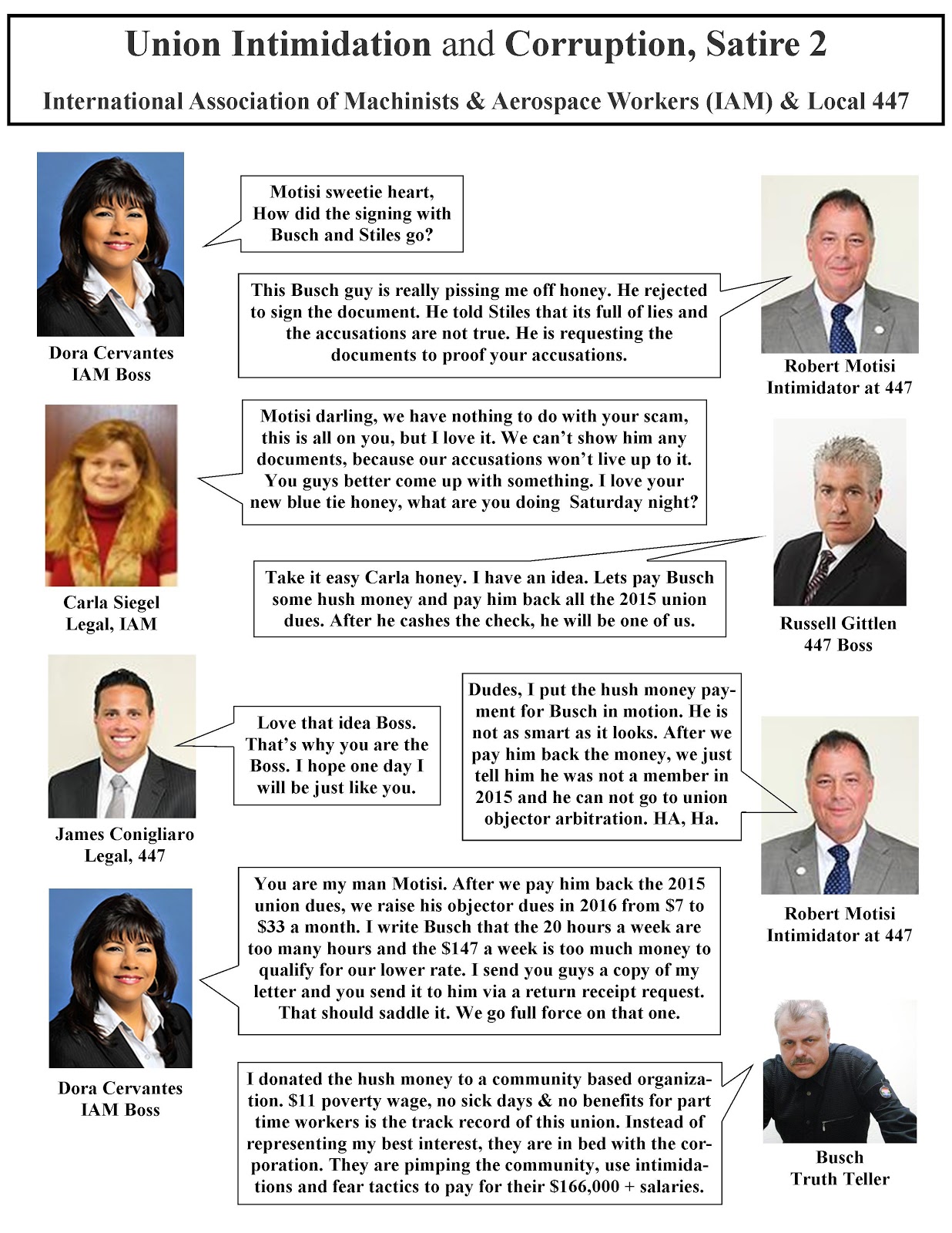 Dora Cervantes:
Busch works too many hours (16.6 hours) and
makes too much money ($132.67 a week), to qualify for a lower unemployment stamp union dues rate.

People on unemployment make more money a week than what I take home, but yet I make too much money, WOW.

The union takes a quarter of my weekly salary for dues, to pay for their $150,000 + union employees salaries.

If I was to get a parking ticket in Manhattan, I won't be able to pay for it. The TRUE work of the 447 Union. 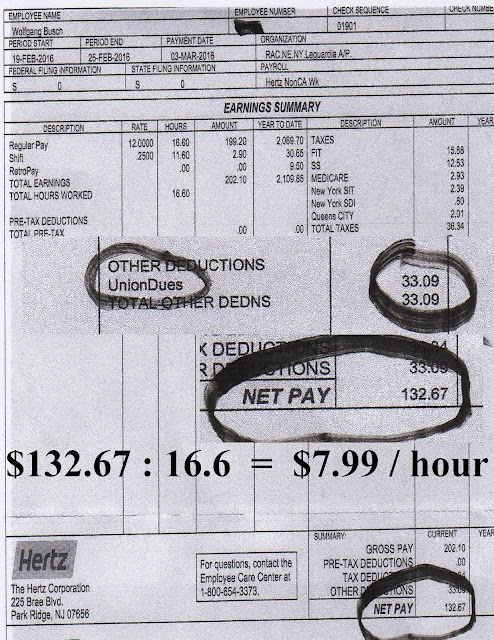 The geniuses at 447 at work again. I am happy to announce that the exploitation by the corrupted 447 union, district 15 continues. We wouldn't want it any other way. My objector dues increased for the second time in 2016 by $6.02 a month. What do I need the money for, I am here to work for you guys. 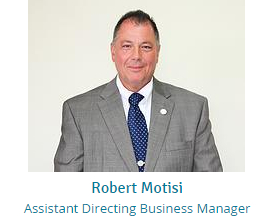 you are the perfect corrupted Union Representative. All the way from the top down, you guys are teaching us what a union is NOT about and you are setting an example for what corruption and intimidation is all about. 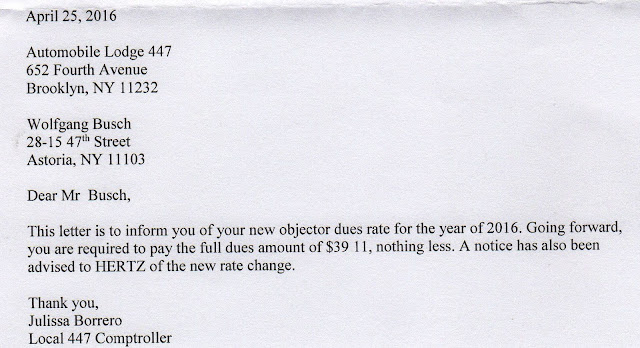 Posted by Artistic Empowerment at 5:11 AM No comments: